The Spanish Civil War ( 1936-39 ) took place during a time the poet Auden called “a low dishonest decade”, a decade characterised by the democracies’ fear and inability to act against the very real threat of war posed by the fascist regimes of Germany and Italy. The supine, ineffectual response of the democracies to it ensured that democracy elsewhere was sacrificed to stave off a war that had been inevitable ever since the Nazis came to power in 1933. When the invasion of Poland finally put an end to the deceit, Auden penned these lines from New York:

Spain was one of those democracies sacrificed in the interests of securing an illusory peace with the dictators. Blighted by centuries of corruption, political incompetence and avarice, the country was not poor but had suffered from centuries of rule by a fossilized alliance of church, army and aristocracy. The artist Goya’s etching of two naïve peasants supporting the burdens of asinine politics over a hundred years before summed up the lot of a great many Spaniards, even into the 20th century.

In 1931 a Republic was declared and the king, Alfonso XIII, fled into exile, never to return. For a time it seemed the Republic could effect the long-desired transition to a modern democracy but the Great Depression of 1932 severely impacted the financial means to bring about the millennium. Enemies, both on the Left and the Right, began to assert themselves, much as they were doing in France. An attempted army coup in 1932 failed when the ringleader’s plane crashed on takeoff. In 1934, the government savagely put down a miners’ rebellion in the province of Asturias, using army units under the command of one of the youngest generals in Spain, General Francisco Franco. In Barcelona and Madrid, anarchists in the CNT union made demands the government could never hope to fulfil. By the summer of 1936 it was not a question of if there would be another coup attempt, but when. The words of Irish poet WB Yeats, written in 1921, prophetically reflected the mood of distraught Spain in July 1936.

“Things fall apart; the centre cannot hold;
Mere anarchy is loosed upon the world,
The blood-dimmed tide is loosed, and everywhere
The ceremony of innocence is drowned.”

The fateful day came on July 18th. Having secured commitments from Germany and Italy, the rebel army chiefs were determined to terrorise their way to victory. Summary executions of Spanish Republicans in the streets of Seville were quickly followed up with the slaughter of over 2,000 prisoners in the bullring at Badajoz, an atrocity that gripped the attention of the world. An eye-witness to the carnage, Condor Legion officer Hans Von Frunk, one of the few high ranking Germans advisors present, warned against the deployment of German troops because he said, he was “a soldier used to combat, who had fought in France during the World War but had never seen such brutality and ferocity as that with which the African Expeditionary Force carried out its operations. Faced with such savagery,” he declared, “German troops will become demoralised.” They were not.

Colonel Juan Yagüe, the rebel army officer responsible for the Badajoz massacre, replied when interviewed by reporter Robert Whitaker, “Of course we shot them. What do you expect? Was I supposed to take 4,000 reds with me as my column advanced, racing against time? Was I expected to turn them loose in my rear and let them make Badajoz red again?”

By the end of the war in April 1939, over 300,000 people had lost their lives, more than 120,000 of them civilians, and a further 200,000 were to be executed in reprisals that continued right up to 1944. Those who hoped the Allied victory would lead to regime change in Spain were to be cruelly disappointed: in May 1944, Winston Churchill, in a speech to Parliament just before the D-Day landings, virtually endorsed what had become known as  “The White Terror” by declaring that Spain’s internal problems were a matter for the Spanish people themselves, and that it was “not for us to meddle in such affairs.” The last Republican fugitive was executed by firing squad in Madrid in April 1963. 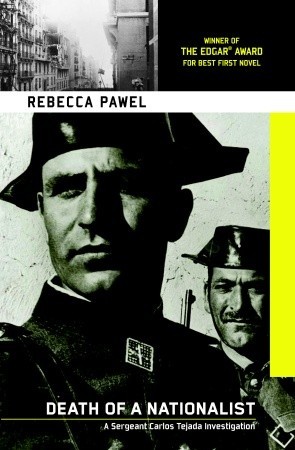 Civil Guards in Extremadura, 1951. From the cover of Death of A Nationalist by Rebecca Pawel

It should therefore come as no surprise that tensions have remained acute between Spaniards to this day: the Civil War is not a subject many wish to revisit.

Prof. Paul Preston of the London School of Economics chronicles the extent of reprisals in Nationalist Spain

The blatant intervention of fascist Germany and Italy on behalf of the rebels led to the creation of the International Brigades on the Republican side. Almost 40,000 volunteers came to Spain, largely recruited through the offices of the Communist International in Paris. Many who fought with the Brigades later claimed after service in WWII that fighting in Spain meant more to them than liberating Europe from the Nazis.

At the same time, few on the rebel side repented their actions, either then or since. Pride and passion ran high on both sides, in spite of the cruelty. There were international volunteers on the Nationalist side too, though far fewer than the International Brigades. For the 700 Irish – far more than from any other nation – the war was a crusade against Communism, a popular view throughout the Catholic world. Support for the rebels came from the broadcasts of vociferous anti-communists such as Father Coughlan in the USA, while Latin America, with the notable exception of Mexico, unanimously backed the rebels. Indeed, it was a time when many on both sides saw the war as a cataclysm that would decide the fate of the world, though in reality the vast majority of so-called “Reds” who fought for the Spanish Republic would have had little or no knowledge of the works of Karl Marx, and the Nationalists’ deep mistrust and resentment of their German and Italian allies prevented them from having more than a perfunctory camaraderie. 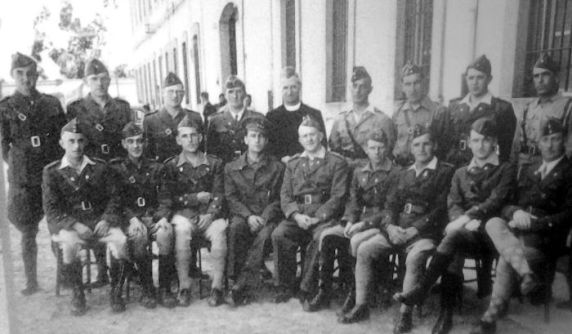 The rebels began by taking over key installations throughout Spain, and confidently expected to secure control of the country in a matter of days. In some cities, like Seville and Burgos, they were immediately successful.

But what happened afterwards gave rise to a conflict that would last the best part of three years. In Barcelona, they were driven out of telephone exchanges and radio stations by a popular uprising; in Madrid, armed civilians led by NCOs, police and lower ranks loyal to the Republic converged on the Montaña army barracks, where a massacre took place after confusion over a false attempt to surrender. Those lucky to survive were jailed in the nearby Modelo prison ( now the Air Ministry ), and the world’s press seized on the gruesome pictures of the massacre. 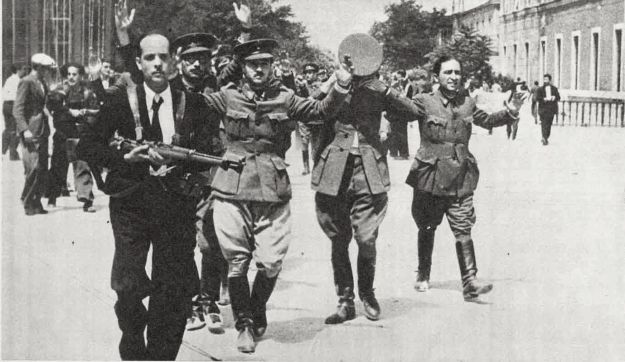 Insurgents surrendering to armed militia at the Montaña barracks in Madrid, July 1936

The city of Madrid was to hold out for another 1000 days, and surrendered only when the Republic laid down its arms in March 1939, barely six months short of the outbreak of the Second World War. It was never captured.

This then is the story of Madrid’s proud and brave resistance to Fascism, of a dispossessed people living under siege for almost three years. It is the story of the rebel armies’ attempts to invest the city, and when they couldn’t, of their failed attempts to starve and bomb the people into submission. 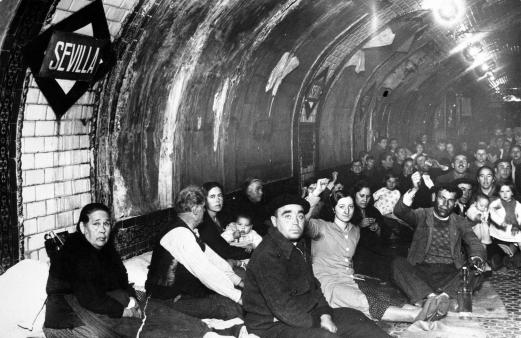 Sheltering from aerial bombardment in the Madrid Metro, November 1936

It is the story of the International Brigades, who came from every corner of the world to defend the Spanish Republic, and the medical services who developed revolutionary practices in blood transfusion and the treatment of wounds. 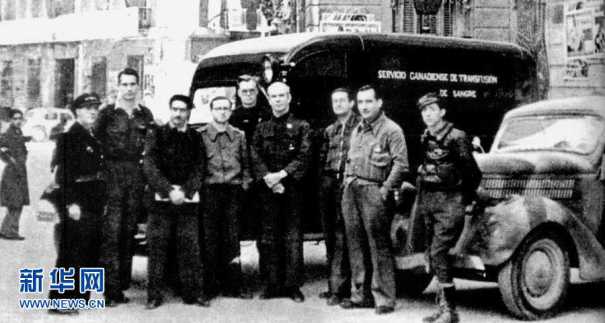 It is the story of writers and journalists who believed Madrid was the only place to be, in spite of the bombs. 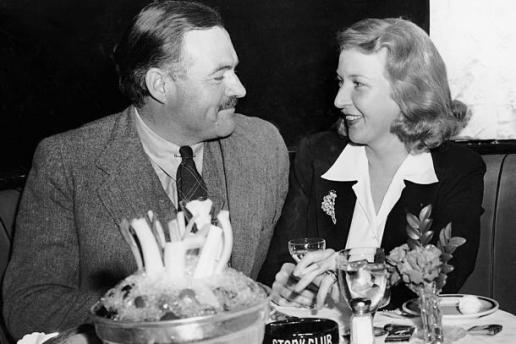 But perhaps the most apt and fitting epitaph on the Spanish Civil War was that made by French writer and philosopher, Albert Camus:

“It was in Spain that my generation learned that one can be right and yet be beaten, that force can vanquish spirit, that there are times when courage is not its own recompense. It is this, doubtless, which explains why so many, the world over, feel the Spanish drama as a personal tragedy”